A value chain has been described as “a [disaggregation of] a firm into its strategically relevant activities in order to understand the behavior of costs and the existing potential sources of (competitive) differentiation” (Porter 1985).
A value stream has been described as “an end-to-end collection of activities that create a result for a ‘customer’ who may be the ultimate customer or an internal ‘end user’ of the value stream” (Martin 1995). The focus in both cases is on delivery of value to a customer.
VDML addresses both of these by supporting top-down analysis and decomposition of activities and their contributions to cost and value, and by supporting end-to-end detail of the contributions of activities to create a result for a customer, internal or external, as well as the exchanges of value in the marketplace. The approach is up to the modeler.

Value stream mapping, as explained by Rother and Shook (1998), is a lean manufacturing technique used to analyze and design the flow of materials and information required to bring a product or service to a consumer.

Customer value is the leading motivation, and focus is on improving value, by reducing waste. The approach combines material flow (product produced) and information flow (e.g., sales orders or forecasts that trigger production). Broader systems can be modeled via decoupling buffers or stores (called “supermarkets”).

The focus is on improving operational performance via detection and elimination of non-value added (i.e., wasted) time.

VDML supports all of these approaches. Historically there does no generally accepted ontology for value stream modeling, but the concepts could be inferred and worked into VDML .

In VDML, a value stream can be identified within a VDML model as the network of Activities and the Capabilities that they use that contribute to the Values and Deliverables identified in a Value Proposition. As indicted in the figure below, this essentially is a backward trace from the Value Proposition and can extend to Suppliers and outsourced Capabilities/Services. 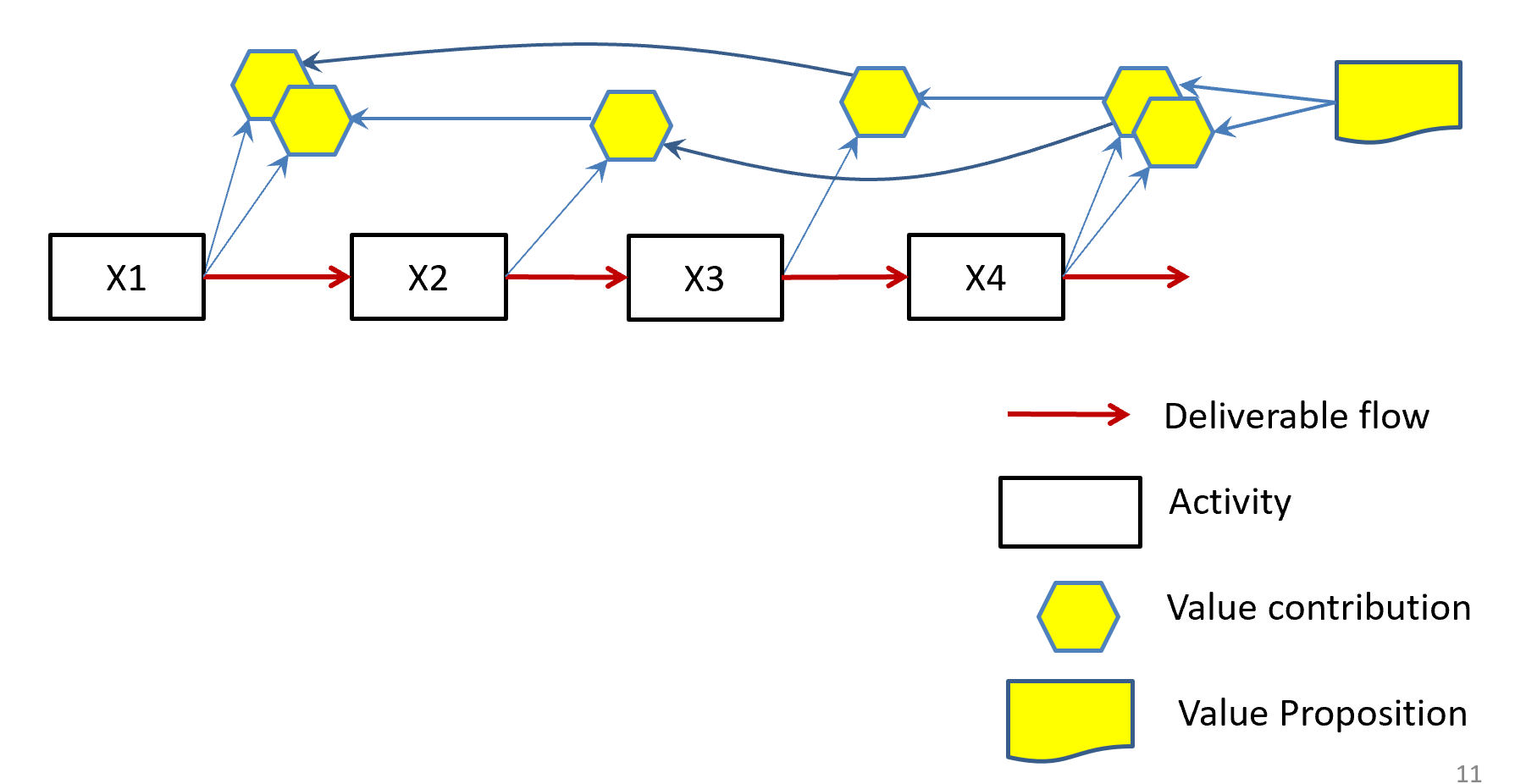